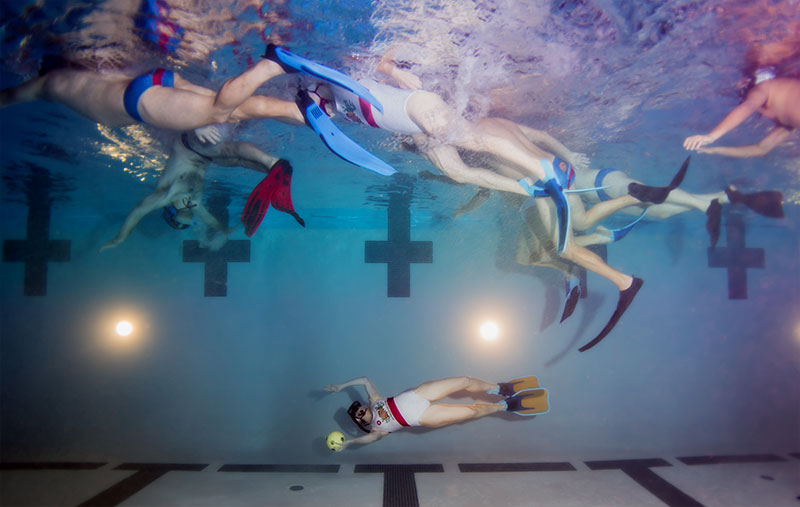 Underwater Rugby was started in 1961, with a member of the German Underwater Club (DUC) in Cologne, Ludwig von Bersuda, came up with the idea of an underwater ball game. 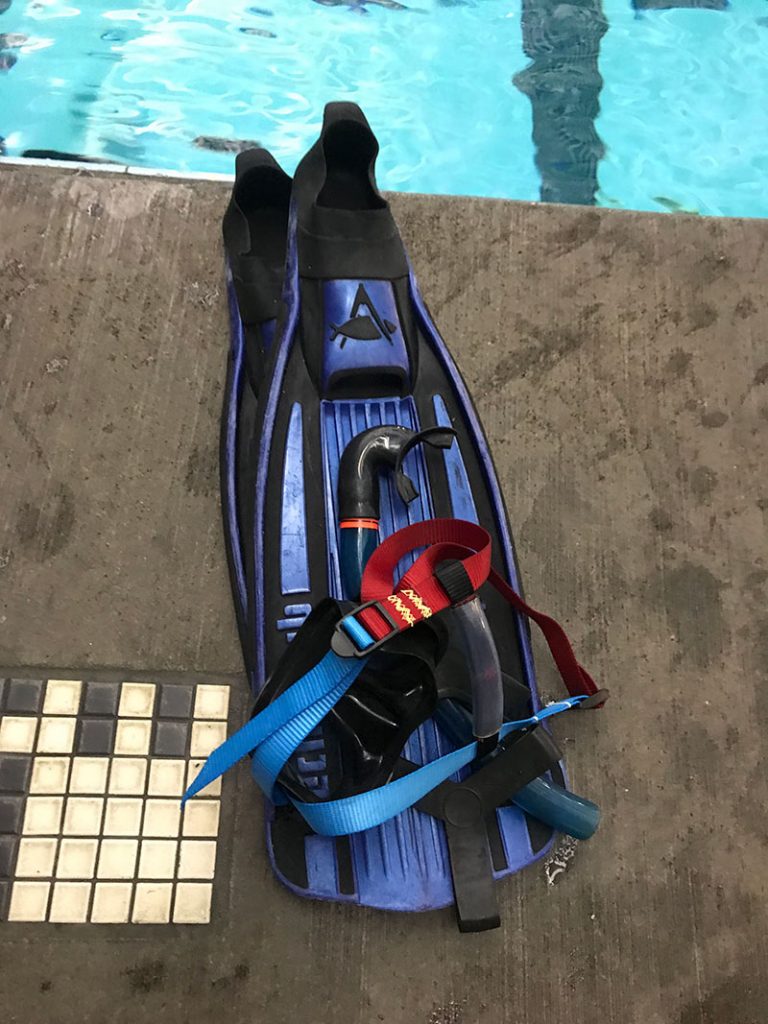 I met one of the female captains, Jacqui on the day of the photo shoot and she explained to me briefly what it’s all about.

Two teams each with six players (plus six substitutes), try to score a goal by sending the ball into the opponents’ goal. Players are allowed to touch (pull, push = wrestling!) the person with a ball but as soon as the person leases it, everybody has to let the person go. 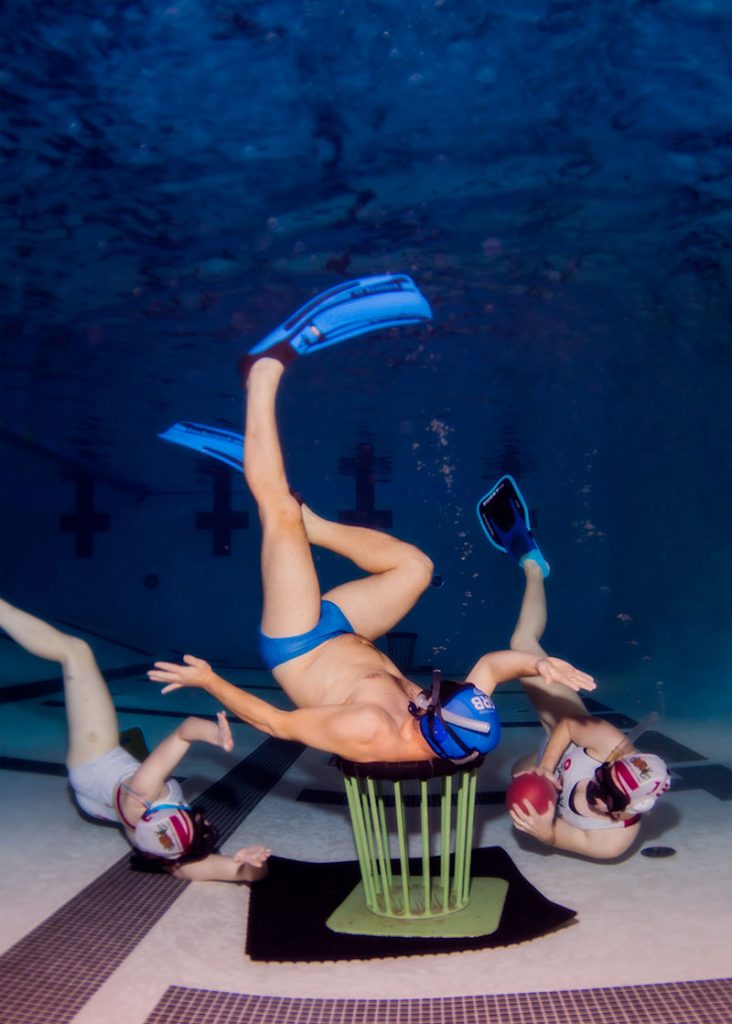 It happens so fast underwater. It’s incredible to see their movements, team works and stamina!! 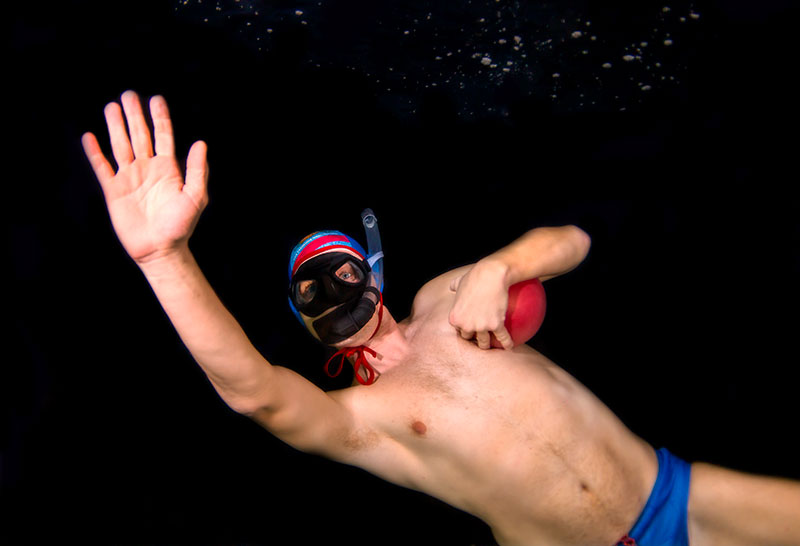 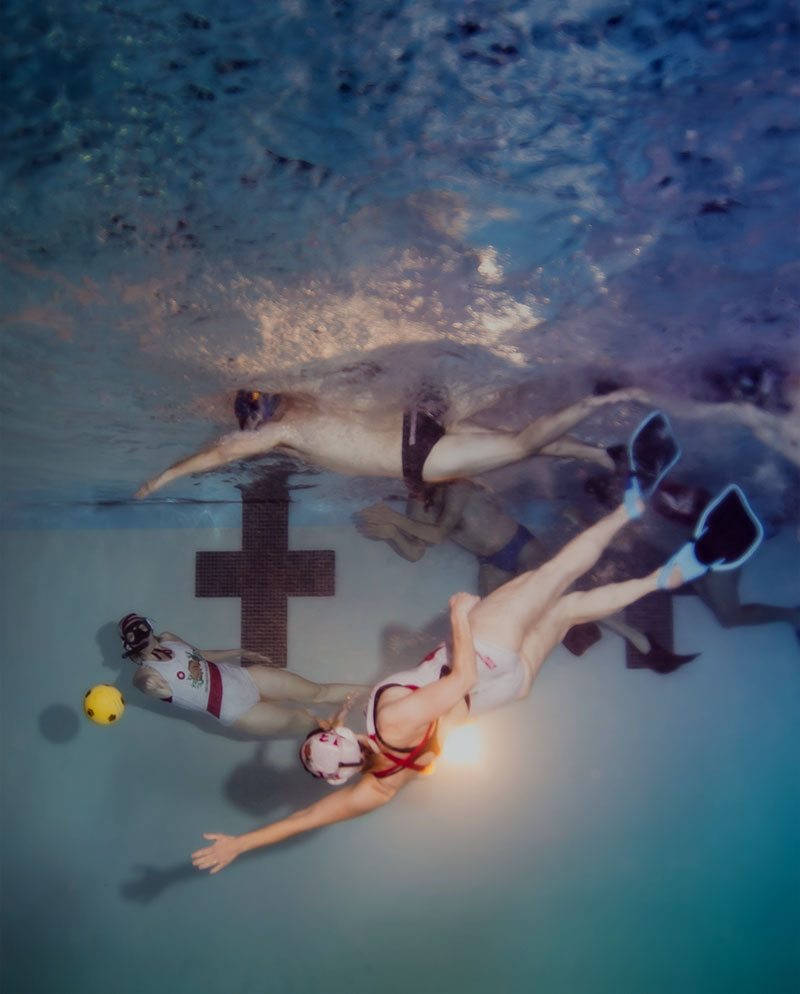 Erena: How did you get involved in this sport?
Jacqui: I started back in 2008, in Sydney, Australia. A colleague asked if I wanted to go to a Beginner’s Night for some crazy sport he’d heard of after work. I almost said no! But I didn’t have other plans that Wednesday so I went along. Twenty people showed up, and I don’t think they were quite prepared for it, so it was all a bit chaotic. As soon as we started playing and passing the ball around underwater, I was totally hooked. I’ve played every since. 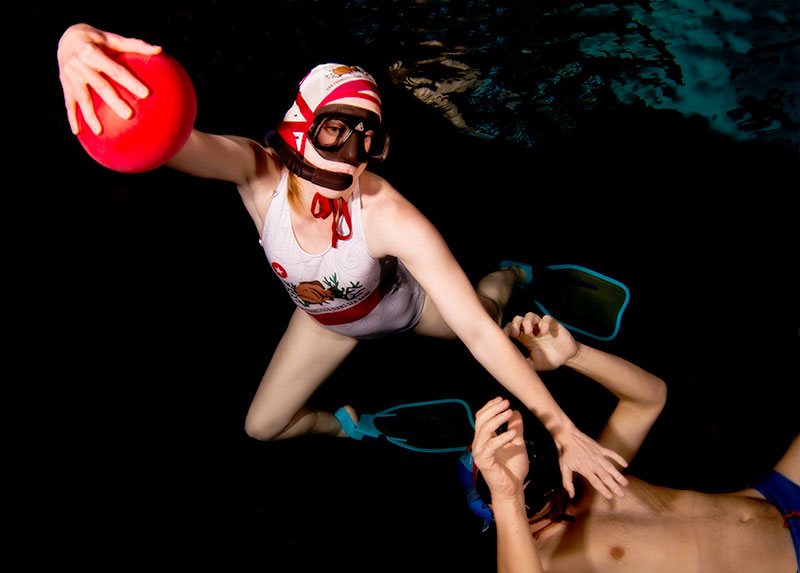 E: How do you feel physically and emotionally when you are underwater compare to being on land?
J: Being underwater can be very peaceful. I think it’s because you feel like you are floating, as the water supports you and you don’t have to touch the ground or a wall. And, at the same time, most sounds are cut out underwater. You can’t hear anyone talking or any background noise. So that finds some space in my mind, much like meditation. 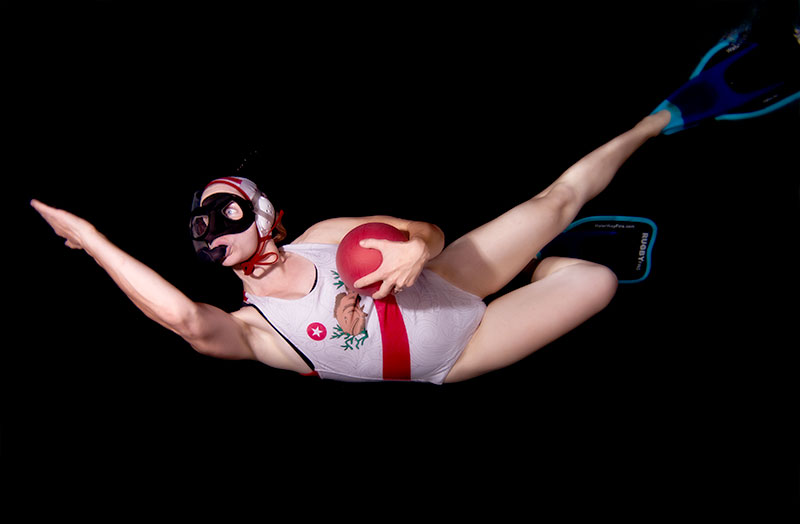 Sometimes during our warm up, I will swim underwater on my back and I will focus on nothing but the patterns across the surface of the water. This too can be very relaxing.

Of course, during a game is very different, there is a lot more action and more focussed energy. 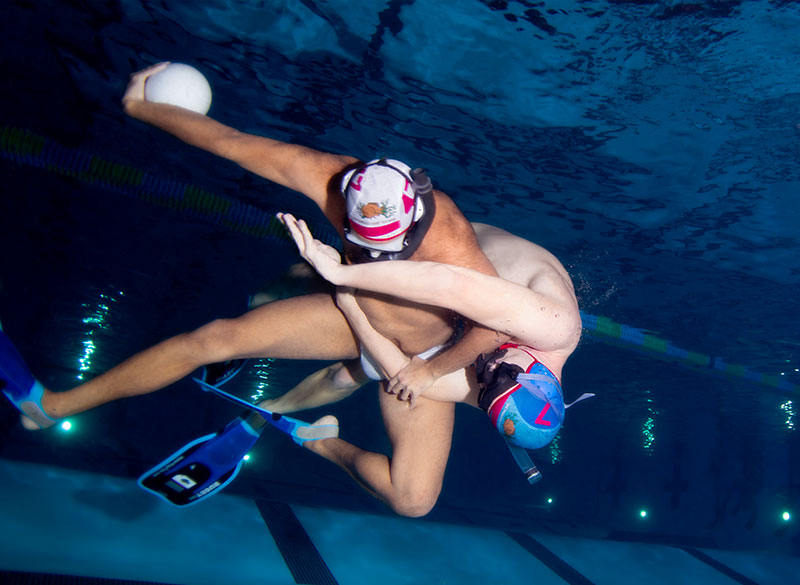 E: How do you feel physically and emotionally before and after the practice?
J: I am always looking forward to our practices, we practice two or three times a week. After a practice, I am always very tired and I like to think about the new ways that I could move – either by myself, or with the ball, or against an opponent. There is so much freedom in the water, your body can move in ways it doesn’t move on land. 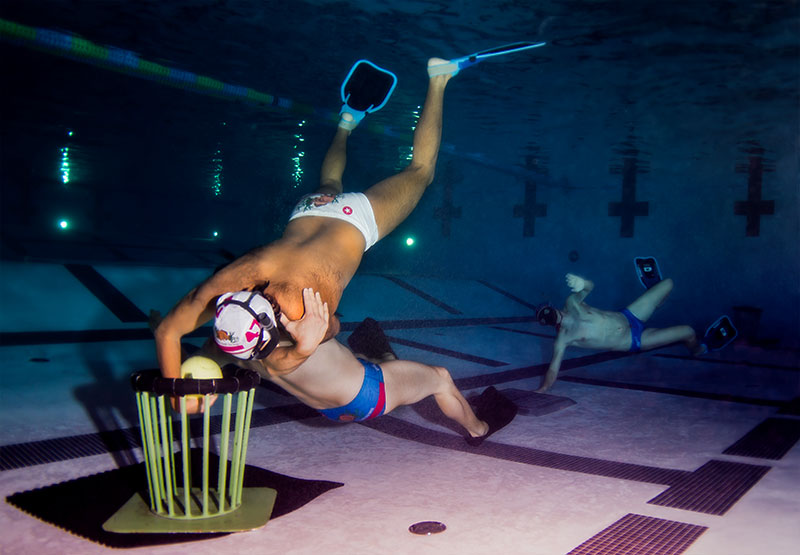 E: What’s your goals for next year?

J: The next event that we are all looking forward to will be when we host the California Cup. That is our local tournament, and it will be held in April. There is also a tournament in San Diego in January, so the SF team will travel there.

My goal here in the Bay Area is to keep our club running, with strong and inclusive membership, and for all of us to have fun playing an awesome sport. 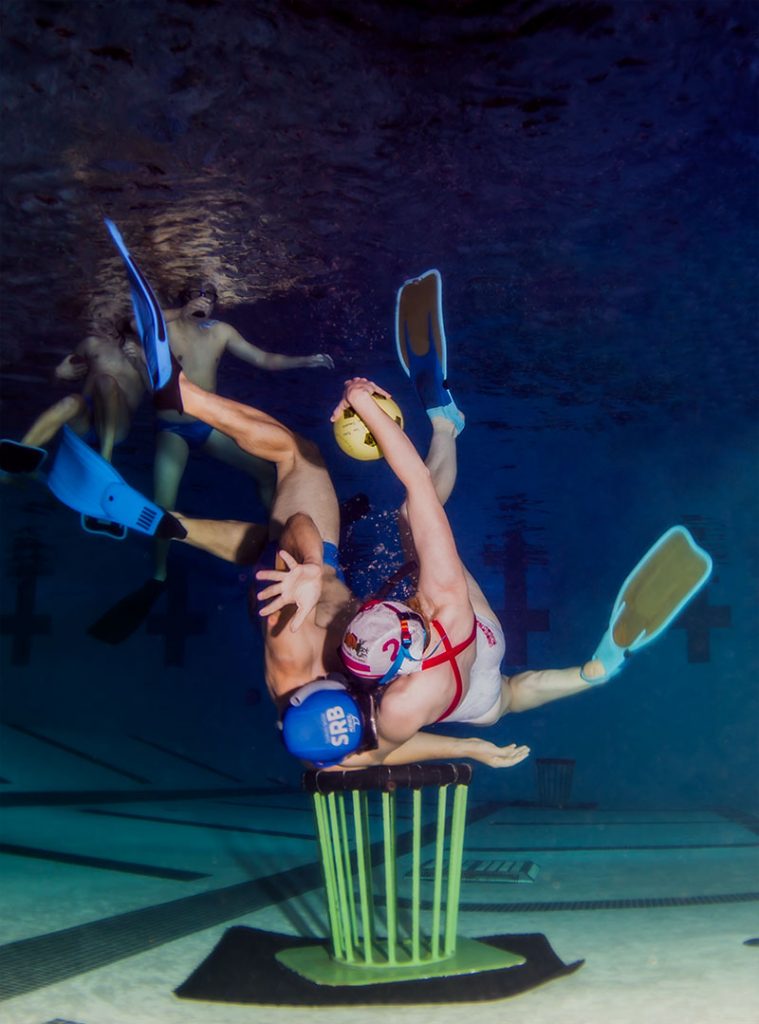 J: The World Cup is really an amazing experience. It will be great to play for the USA, and to play the best from the other countries. It’s about the whole journey and everyone that you meet on that journey, there’s a lot to learn from the experience.  We are going to have to train a lot for the next six months, raise money, organize to meet with the other members of our team. Then, in Austria we will play hard and hope the odds are in our favor. 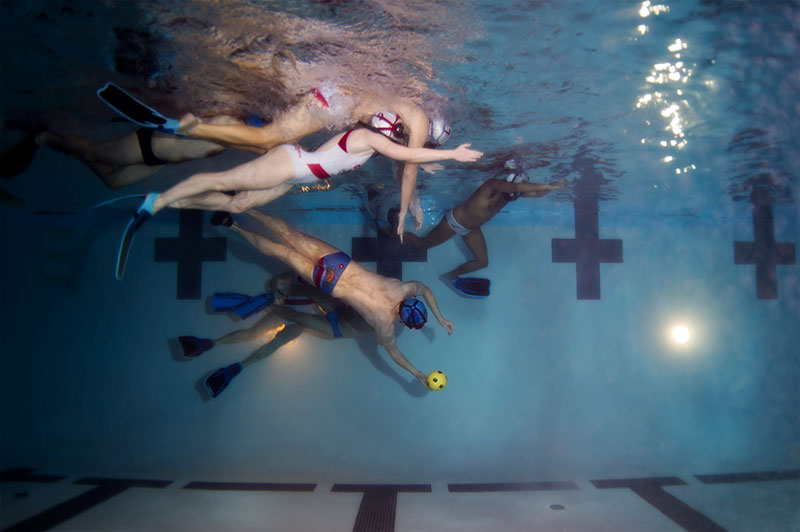 Thank you San Francisco Underwater Rugby team for having me take your photos!!

Please check out their websit and if you have any questions, contact them directly!
https://sites.google.com/view/sfuwr 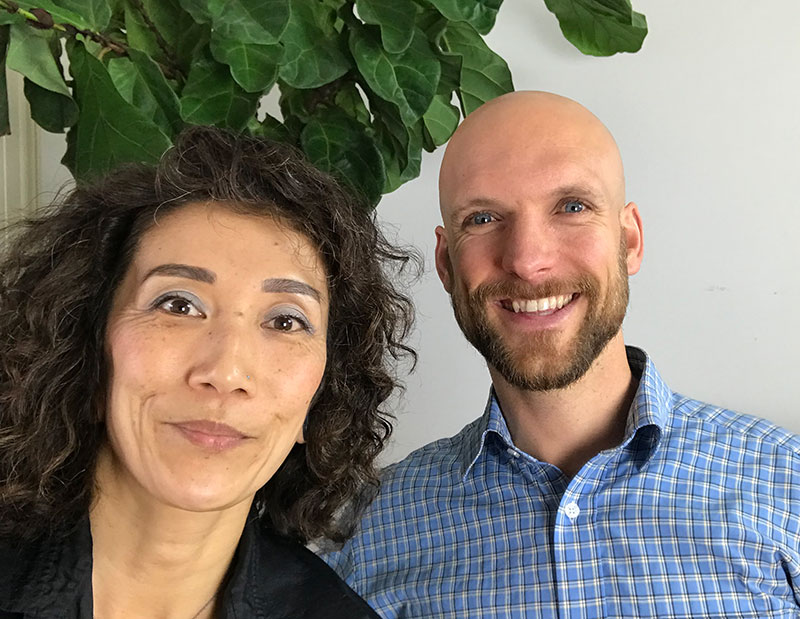 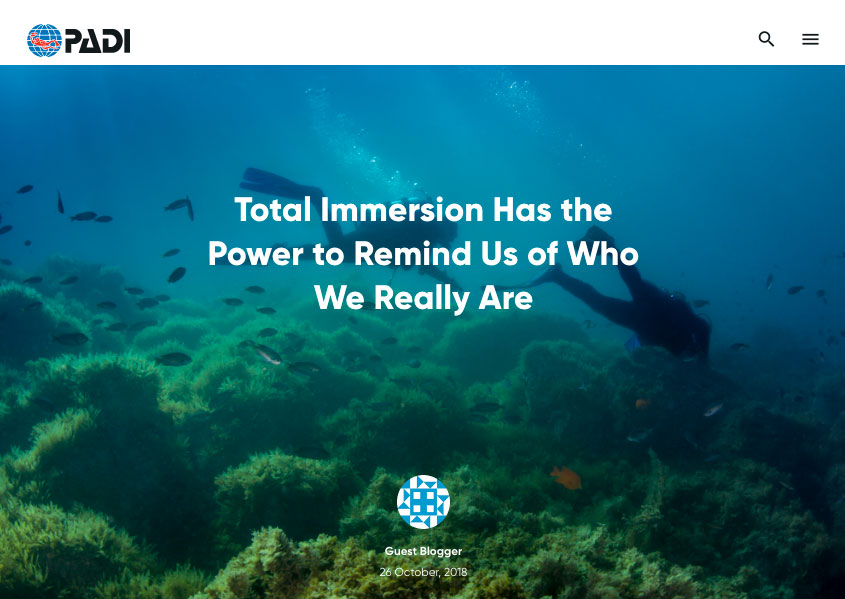