Born and raised in Tokyo, Japan, an underwater photograher, Erena Shimoda always had an affinity with the underwater world even though she grew up in the city. One of her favorite childhood memories includes floating in a small inflatable pool, daydreaming about mermaids and singing a children’s song:

It’s no surprise, then, that Erena immediately became addicted to scuba diving after a trip to the Honduras Bay islands Utila and Roatan. She received her Divemaster certificate in Venezuela in 2005 and began shooting underwater photographs in Thailand, Bonaire, Corsica, Cozumel, Cancun and Hawaii. Today, she is an underwater portrait photographer, uses her background in New Media and Fine Art to create unique compositions in different media.

She pioneered her underwater transformative photo practice after surviving a traumatic car accident in which she lost her father and severely injured her body. As a part of her healing process, she volunteered at the American Cancer Society’s the Look Good Feel Better program.

Seeing cancer survivors marvel at photographs of themselves again made such an impact on Shimoda that she decided to combine her interest in underwater photography with recovery—namely, to help cancer survivors experience the transformative effects of being submerged in water and feel beautiful about themselves when they see the resulting portraits.

One of the most impactful projects that She’ve spearheaded is running a fundraising campaign to help cancer survivors rediscover their beauty through underwater portrait photography in July 2013.

The campaign ended successfully, and she met 13 survivors at the end of 2013.

She then self-published a book, exhibited portraits in a gallery in Tokyo, and presented my work at a Genentech Medical Conference. She was also featured in various online media sites like USA Today, CBS News, The Huffington Post and NBC News.

She started reaching out to other survivors including domestic violence survivors, people with PTSD, physical disabilities and aquaphobias. Her goal is to reach out to people all over the world and share her passion and the transformative properties of being underwater as well as the beauty and joy it can bring.

She would love your help in donations or sign up for the portrait session continuing to spread the word to help her increase the number of survivors that can take part in her project.  With your help, we can make a difference in their continuous transformative process.

Underwater photography gives a beautiful escape and a new rediscovery.

Water has a power to improve your mood, self-esteem and overcome fear of water.

Being in the weightless space, water gives freedom, possibility and ability. 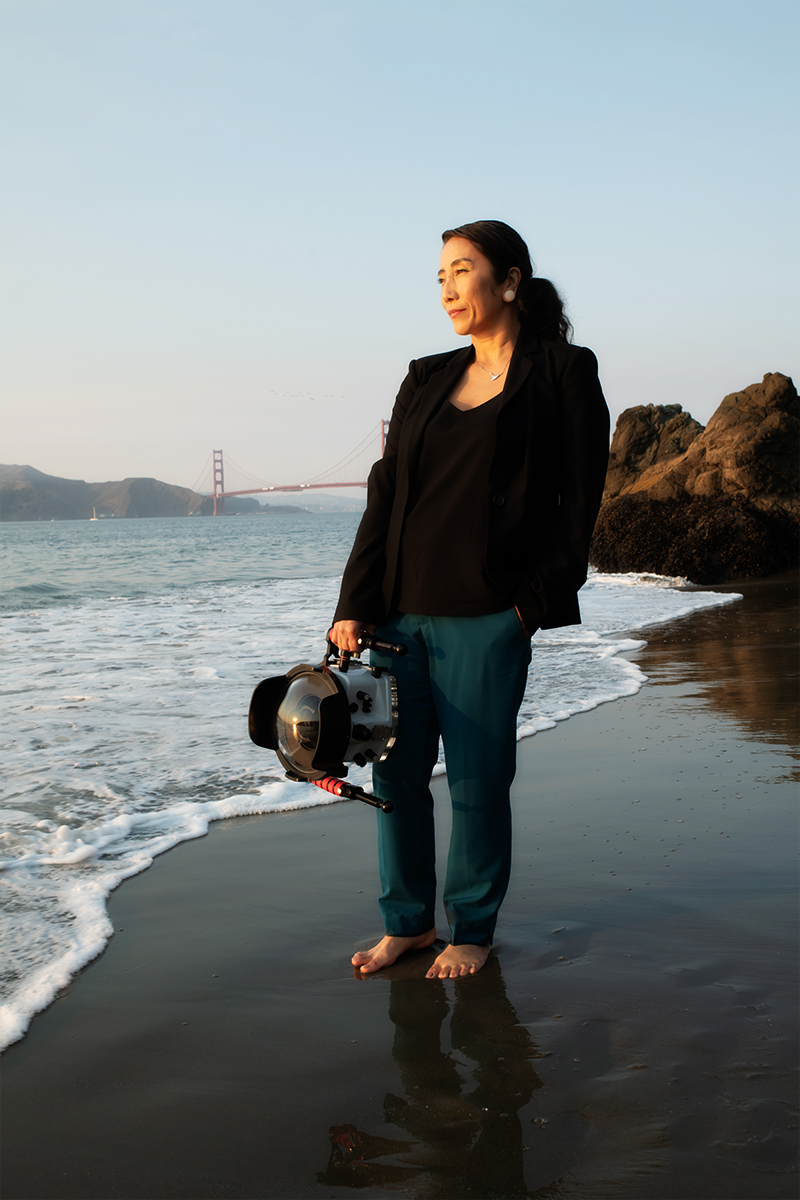