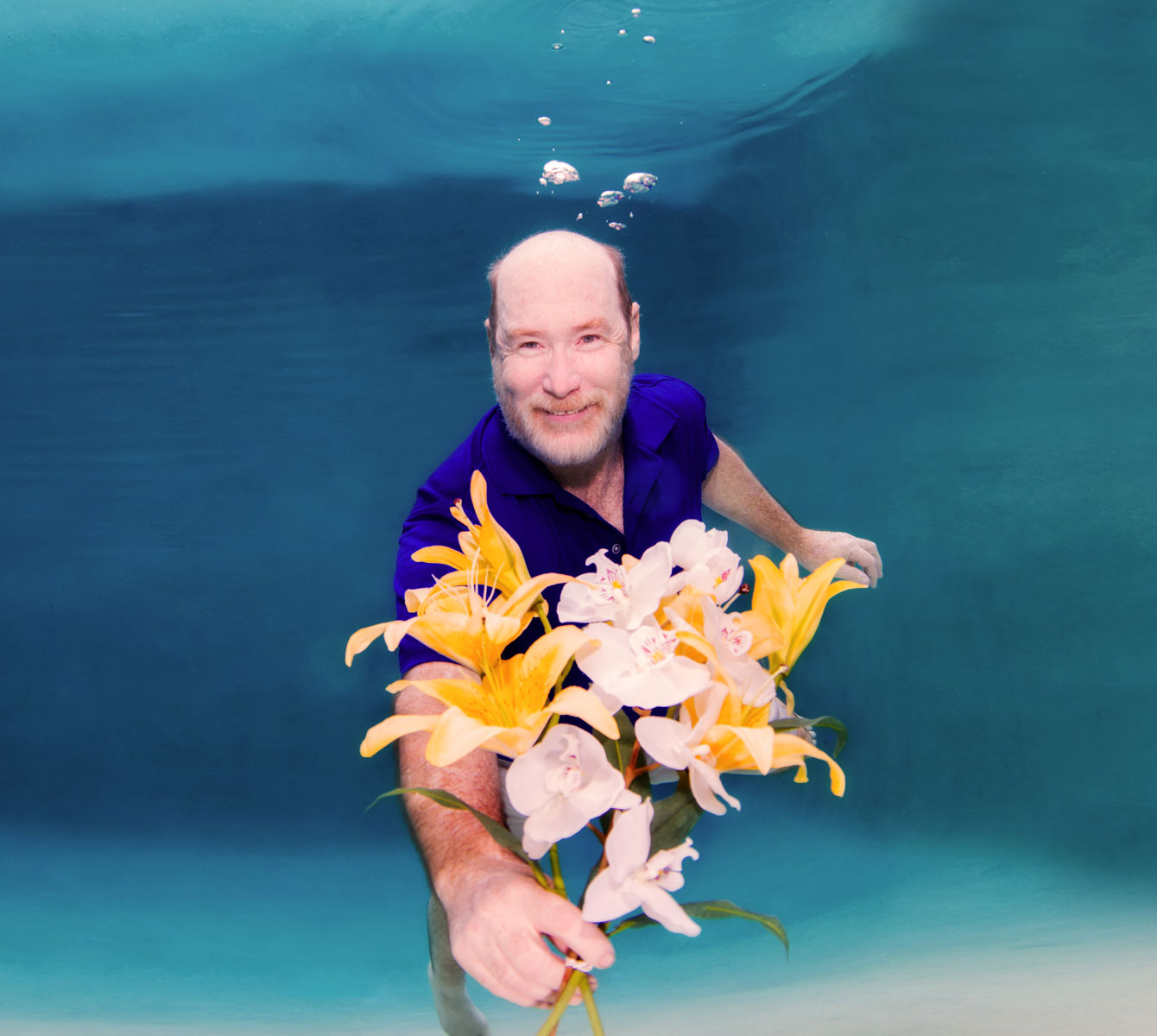 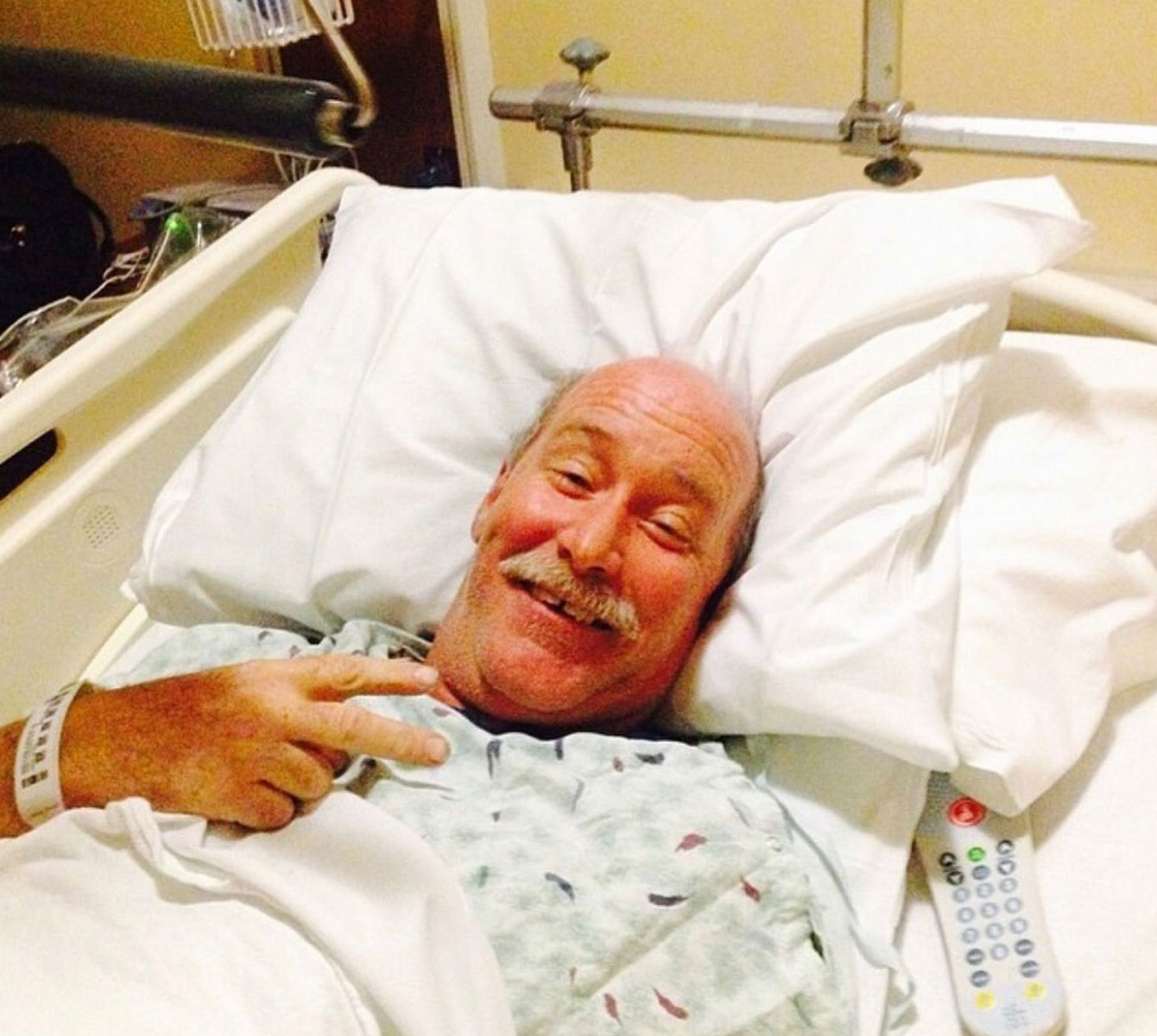 My name is Leslie “Les” Miller, I am 52 and was born and raised in Maryland just outside of Washington D.C. I have been living in Florida for the last 30 years.

The first cancer I got was Skin Cancer, Basel Cell Carcinoma, that was about 20 years ago.

The last cancer I had was lung cancer. I went into the hospital on a Sunday, after going to a hockey game and feeling great, with a headache and just overall feeling bad. I ended up staying for 10 days with pneumonia. This was in Sept of 2014. The docs did a X-ray and CT scan of my chest and found a small mass. They did a biopsy in the hospital and it came back negative for cancer. So they thought it was from the pneumonia. In the next few months I had a couple more x-rays, CT scans and a PET scan. The mass was still there but not growing or shrinking. Went to the doctors on my 50th birthday to find out the results of the PET scan. The next few months, the original surgeon I went to took his time like nothing was wrong. I got tired of this and remembered that a friend of mine was a thoracic surgeon. After talking to him, I went to the pulmanologist and cardiac doctor for base line tests such as stress test and a breathing test. We scheduled the surgery and after looking at the results he still thought it might not be cancer. During the surgery when they removed the mass from my lower left lung, it was confirmed it was cancer. He also removed a couple lymph nodes he thought were suspicious. The surgery was on June 22, 2015, 6 months after I was told of the PET scan results. It was stage 2 squamous cell or non-small cell lung cancer. I had 4 treatments of chemo. That ended the last week of Oct 2015. Since then I’m trying to get back to where I was before everything happened. It’s not going as fast as I want.

For the photo shoot, the first thing I did was ask Erena for some ideas, then I asked some friends and they gave me some good ones with what I like to do. Since I like softball and racing, I incorporated things from that in the shoot. I also wanted to do something for my girls.

The overall experience was good. I was also worried when I first went under because I wasn’t sure how long I could hold my breath since having 1/2 a lung removed. I was both happy and disappointed in my ability to hold my breath. It was as long as I use to do, but it was not longer than I thought I’d be able to. Once I did overdo it and had to take a little break to catch my breath. We did everything I wanted to do!

Erena was great to work with!! Since I have never done anything like this, she was very helpful with how she told me to stand and pose and how to use the props.

I was really relaxed and content when I was driving home. I allowed the whole day just for this and for just me time. Since we were at The Devils Den, afterwards I felt comfortable enough afterwards to do some snorkeling in the springs and that made me feel good. If it wasn’t for this, I more than likely wouldn’t have snorkeled for a long time.

Water means relaxation to me, whether it’s the pool, a spring, a river, or the ocean, I just love being by or in the water. It is rejuvenating to me.

I was tired when I went to bed. I really didn’t feel myself move around like I usually do. I fell right to sleep and it seemed like 30 minutes later, my alarm was going off, even though it was 6 am.

I would recommend it to others because it is relaxing and you can try and/or do anything you want. For me, it was a chance to do something special for myself and it showed I had nothing really to worry about getting back under the water. 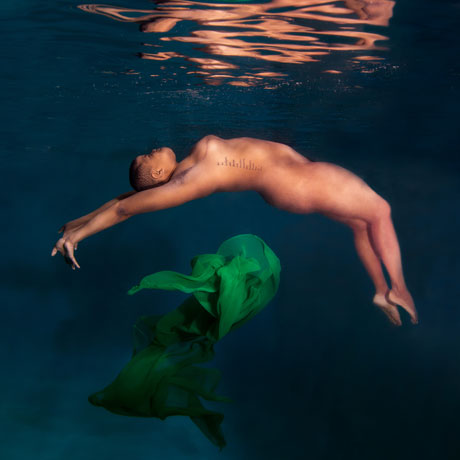 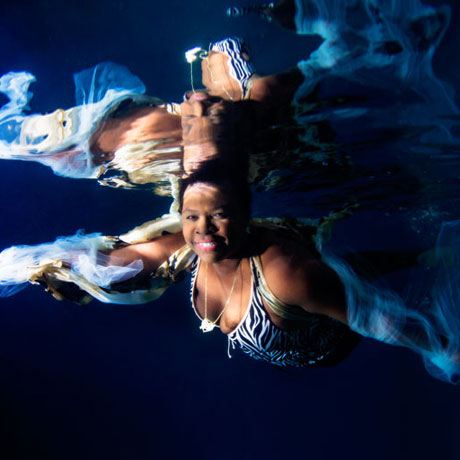