Please click and drag the white arrows to see the underwater transformation. 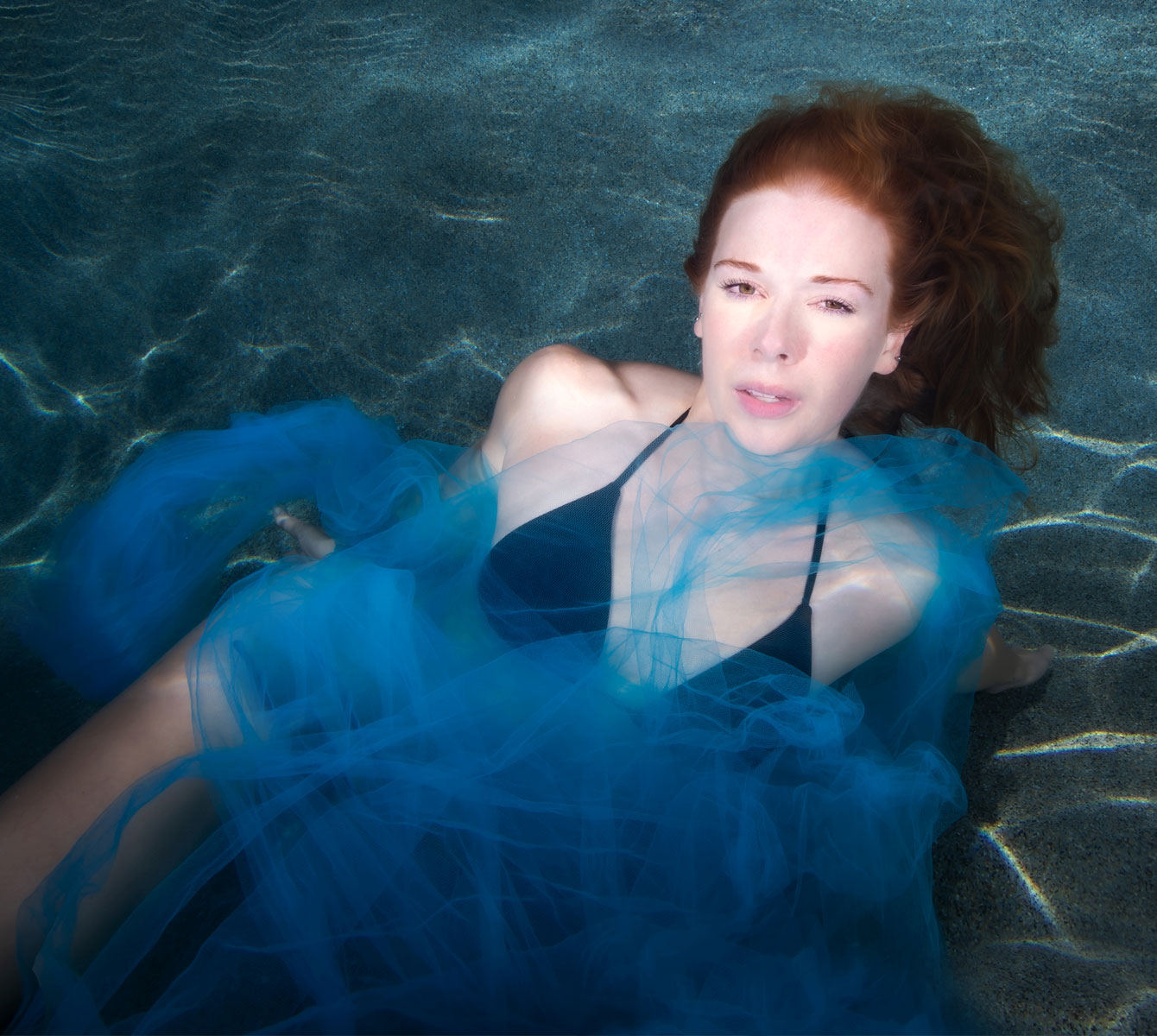 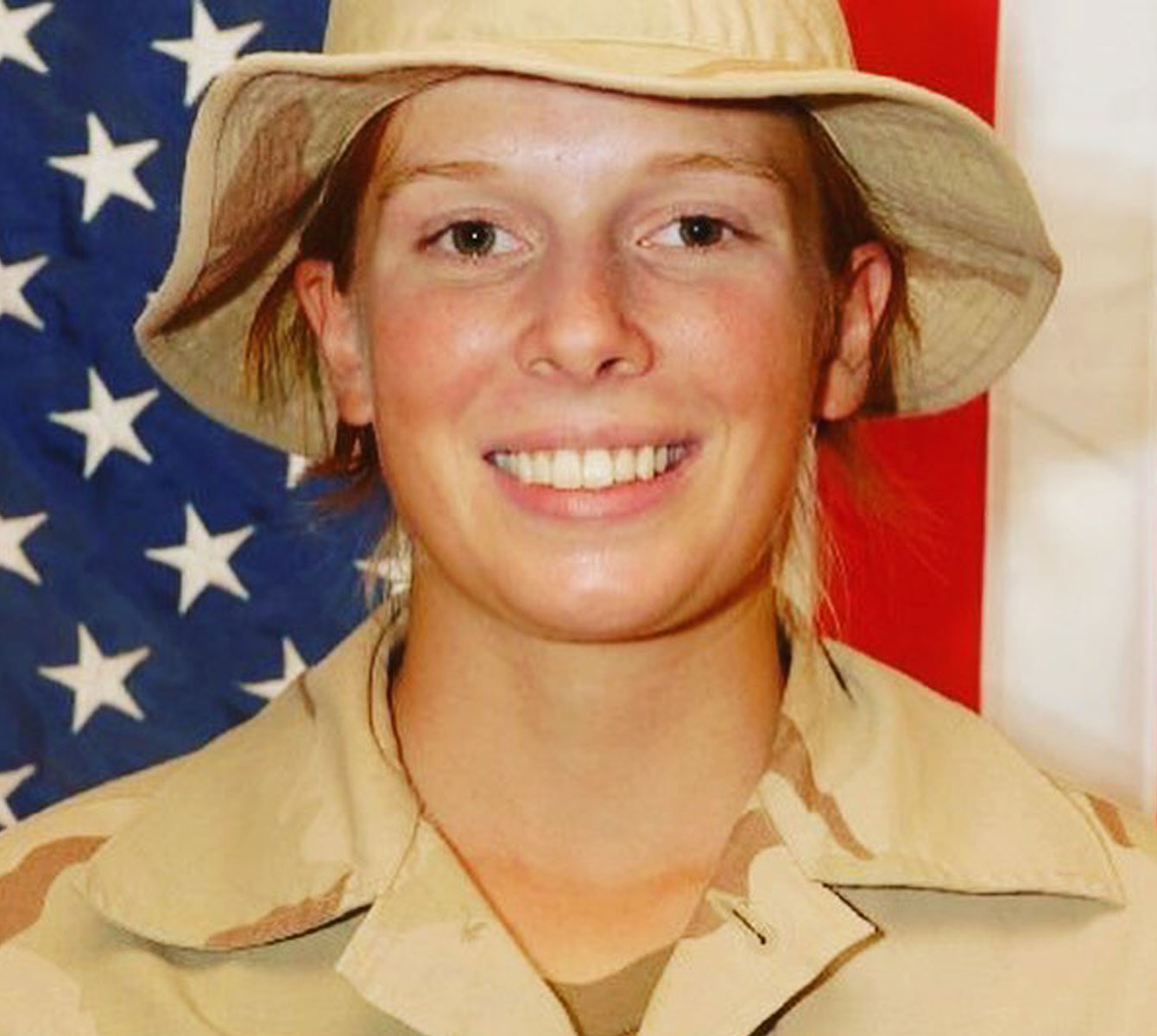 My name is Andi Ward. I am 32 years old. I was born and raised in Omaha, Nebraska.

I am a Navy Veteran. I was a construction electrician with Naval Mobile Construction Battalion 3. Our job was to build and maintain Military bases overseas; to include everything from the primary headquarters camp to the forward operating bases downrange. I was deployed in support combat of missions in Iraq in 2008 and deployed in support of humanitarian efforts in Africa in 2009.

I am a childhood sexual abuse survivor, military sexual trauma survivor, a domestic violence survivor and a recovering alcoholic and drug addict. I also have PTSD.

I met Erena last year during a dive trip with Dive Warriors.

Dive Warriors is a nonprofit charity who’s mission is to enable disabled Veterans to participate in the sport of scuba diving. I am not inherently comfortable in water so learning to dive wasn’t easy, but my life has completely changed because of it. Its easy for me to get lost in my head and water has a way of pushing out all non essential thoughts and forcing me to focus on the task at hand, which under water as a scuba diver is usually just to breath. It wasn’t until Dive Warriors took me on a week long dive trip to Mexico that I actually started getting the hang of the technical aspect of diving. Finally I was able to stop thinking and just let go and float. Its such a surreal experience floating 60 feet under the surface and feeling yourself being completely suspended and supported by the water. That for me became synonymous with life. Even though I couldn’t always see it, I have come to believe that everything that happened in my life and all the trauma that I went through happened to make me who I am today. Which is an extremely strong, deeply caring, and deeply feeling person.

Erena and I didn’t get to talk much on that dive trip, but I instantly liked her. She had the deepness of someone who had been through darkness, but had found a light; something that fueled her fire and kept her sane. I knew Erena was a photographer, but I wasn’t aware of the extent of her work until she contacted me about a year after our first meeting to see if I wanted to be in her Underwater Healer About Face project. I immediately said yes. I wasn’t sure what I was getting myself into, but I knew that I wanted to have the experience, what ever it was. I did some research on her project and was impressed by the extent of her work. Erena has an amazing ability to capture the essence of a person, the thing that enabled them to fight through their own personal trauma and to proudly bear the title of a survivor. I wanted to see what that thing looked like in me.

I tried not to have any expectations about the shoot in the days leading up to it. I honestly wasn’t sure how my body would react underwater with no air. I knew it would be a contained environment so I wasn’t really nervous. I decided that I was going to do my best to just relax and enjoy the experience. An added bonus to our shoot was that is was going to be filmed for a documentary that was being created about Erena and her work.

The shoot was scheduled for a Saturday. I worked all morning and then drove an hour and a half to get to Huntington Beach, so I was already tired when I got there. In a perfect world I would have slept in and got to the shoot rested, but such is life. I pulled up in front of the address and walked through the privacy gate into a little front yard oasis. Erena and the two women filming the documentary, Vanessa and Karolina, where waiting for me. I felt immediately at ease and excited to start. Thankfully the water was bathtub warm which made the whole thing a million times easier. Erena started out by showing me how the breathing would work and within a few minutes we were taking pictures. If you have never taken pictures underwater, there is a definite learning curve. The shoot was challenging to say the least. Aside from the breathing it was strange opening my eyes and mouth underwater. We started in the shallow end and slowly moved to the deep end as I got more comfortable. My favorite part was probably shooting with the fabrics. I choose blue and black fabrics which are my favorite colors. I loved how you could just get lost in them.

I was pretty exhausted by the time I finished, but also exhilarated. It was the feeling of, I can’t believe I just did that. Not surprisingly I ended up sleeping really well that night. I slept deeper then I had in a long time. The whole experience was really great and I would definitely recommend it to other survivors. Because especially as survivors we get really good at wearing a mask and pretending everything is ok. Its hard to wear that mask underwater. The person that shows up underwater is often the most honest, true version of ourselves and Erena is there with her camera to capture that. The camera shows me that I’m human, with struggles and fears and insecurities. The camera also shows me that I’m brave and I’m a fighter and that even in the midst of difficulty I can find moments of freedom and joy. I am so thankful for Erena and the work that she does. This shoot has given me the ability to accept and love my whole self more fully. As a survivor it is natural for me to want to reject those parts that were there with me during the trauma, but those were the parts that held me together during the darkest times in my life. without them I wouldn’t exist. I realize now that in order to be whole I must love all parts of me equally and fully and this realization has brought me another level of healing.