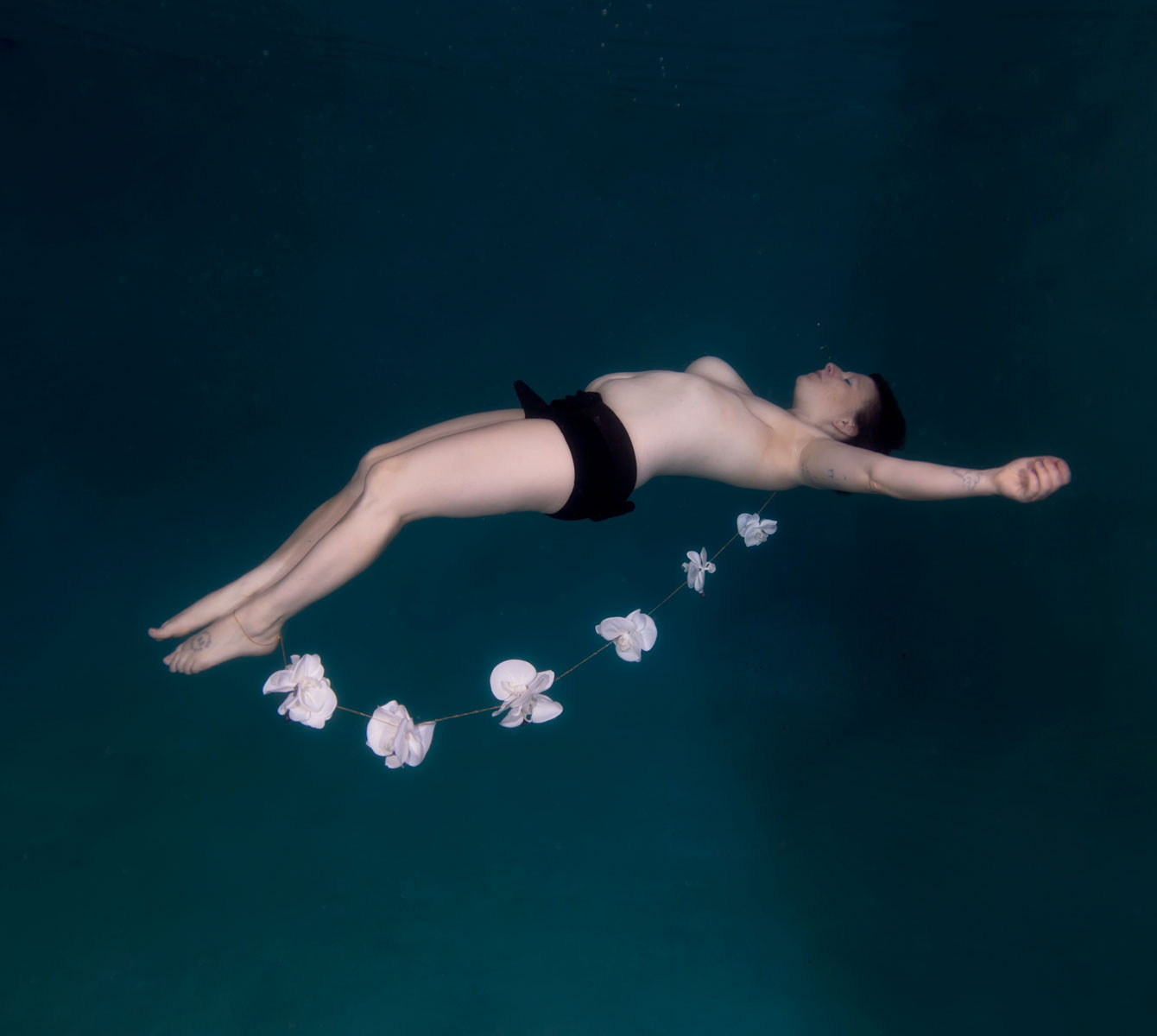 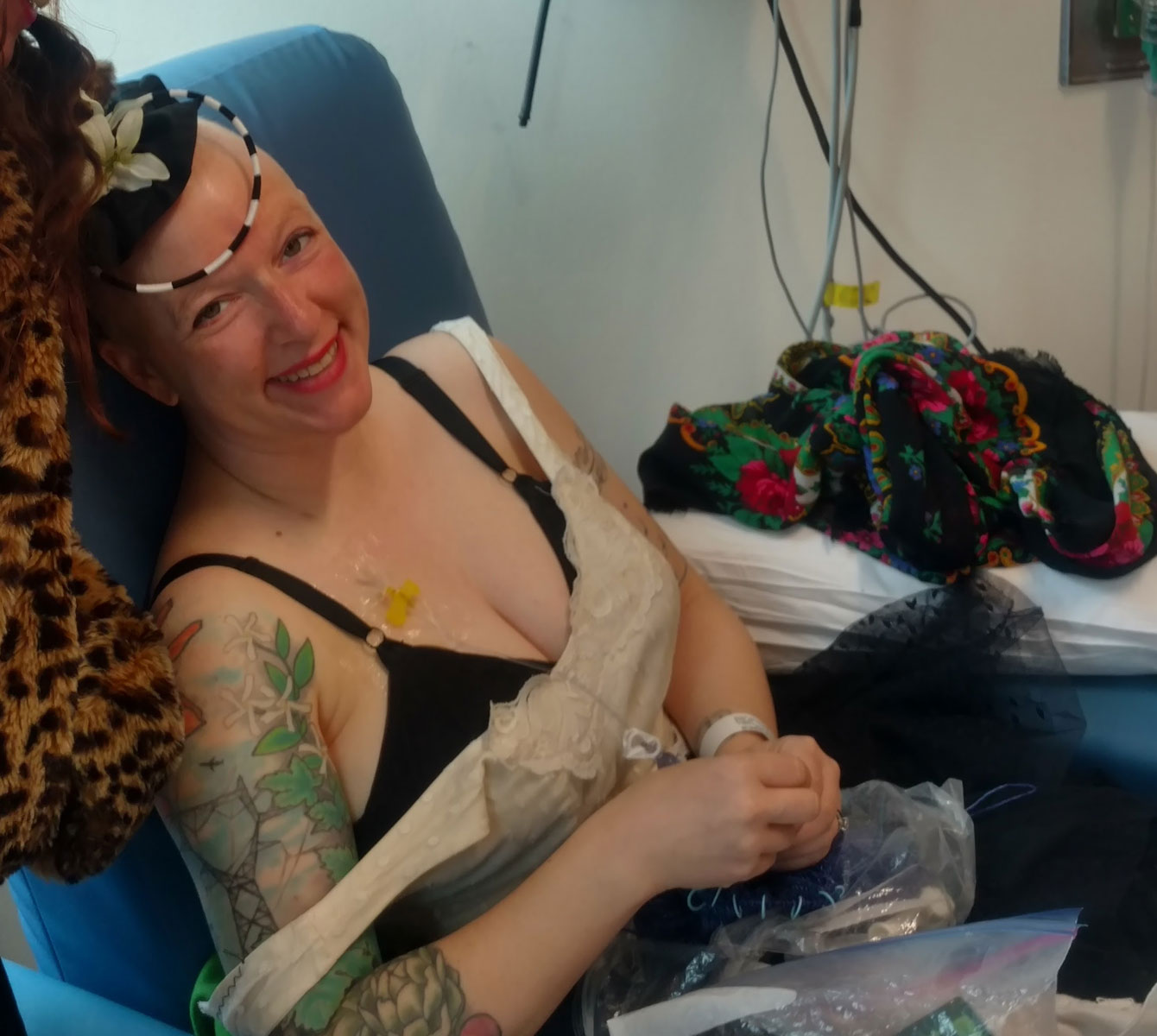 My name is Hannah Blair. I’m 40 years old, grew up mostly in Washington State but I’ve lived in California since I was 18.

A month before my 39th birthday I was diagnosed with triple positive breast cancer. It didn’t come as a shock – the tumor was so big that I felt it with my fingers and called the doctor myself. I only had a few moments of fear – everything moved too fast to really process emotions. But there are great medications for triple positive these days – my surgeon said “you’re going to live to be an old lady, but the next year is going to suck.” And it did! I had my first chemo three days before my birthday – they wouldn’t even postpone it long enough for me to celebrate. I spent four months in chemo, then had a single mastectomy, then had 25 rounds of radiation. But this February I had my last treatment and a big 40th birthday party, and now I am “no evidence of disease” – so, working on getting to be an old lady.

I am excited for this shoot! I had a wonderful photo shoot with another friend the day before my surgery – my last day with two breasts. It’s now been a year since surgery and I still feel funny about my body – like it’s not quite mine, and like it’s a little wrong. So I am looking forward to doing something where I feel comfortable being looked at, and maybe even feel beautiful.

I’m a sculptor, so I think I’ll make something to wear in the pool – something that trails or floats or looks somehow different when it’s wet. I made myself a different outfit/costume every time I had to go to the hospital for chemo, so I’m thinking of this as my last chemo outfit.

The experience itself was wonderful – it really felt collaborative, with both of us having ideas and bouncing things off each other. The breathing part was hard for me – my body just does NOT want to go underwater without taking a breath (no dummy, my body). But toward the end I started to get it, and I saw at least one cool photo on the website beforehand where the model had her head above the water, so I figured if I couldn’t get myself down there, maybe we’d still come up with something cool! Erena was calm and thoughtful the whole time – she had a lot of different things to try, creatively and logistically, and I really got the impression of her years of experience with a lot of different people.

The rest of the day after the shoot was pretty lovely too. I had brought two dear friends along as moral support/photo assistants, and afterwards we had lunch at a cafe next to the beach in Pacifica and looked at all the behind-the-scenes photos they had taken. After lunch we crossed the road to the beach and watched some humpback whales feeding. More water magic! I was tired but happy, and thinking a lot of what to do for the next shoot…. I think I would’ve slept wonderfully that night, except that I had a few sips of coffee with dinner…. So instead I stayed up too late writing about it!

I would definitely recommend the experience to friends – and I will. There is one friend in particular who got diagnosed not long after I did – she is a marvelous freaky artist and a tough lady and I would love to see what she’d come up with in the pool…. 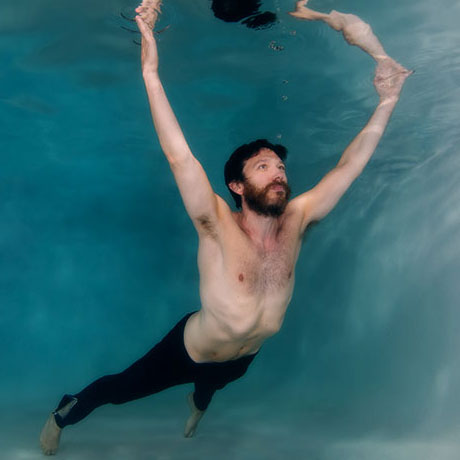