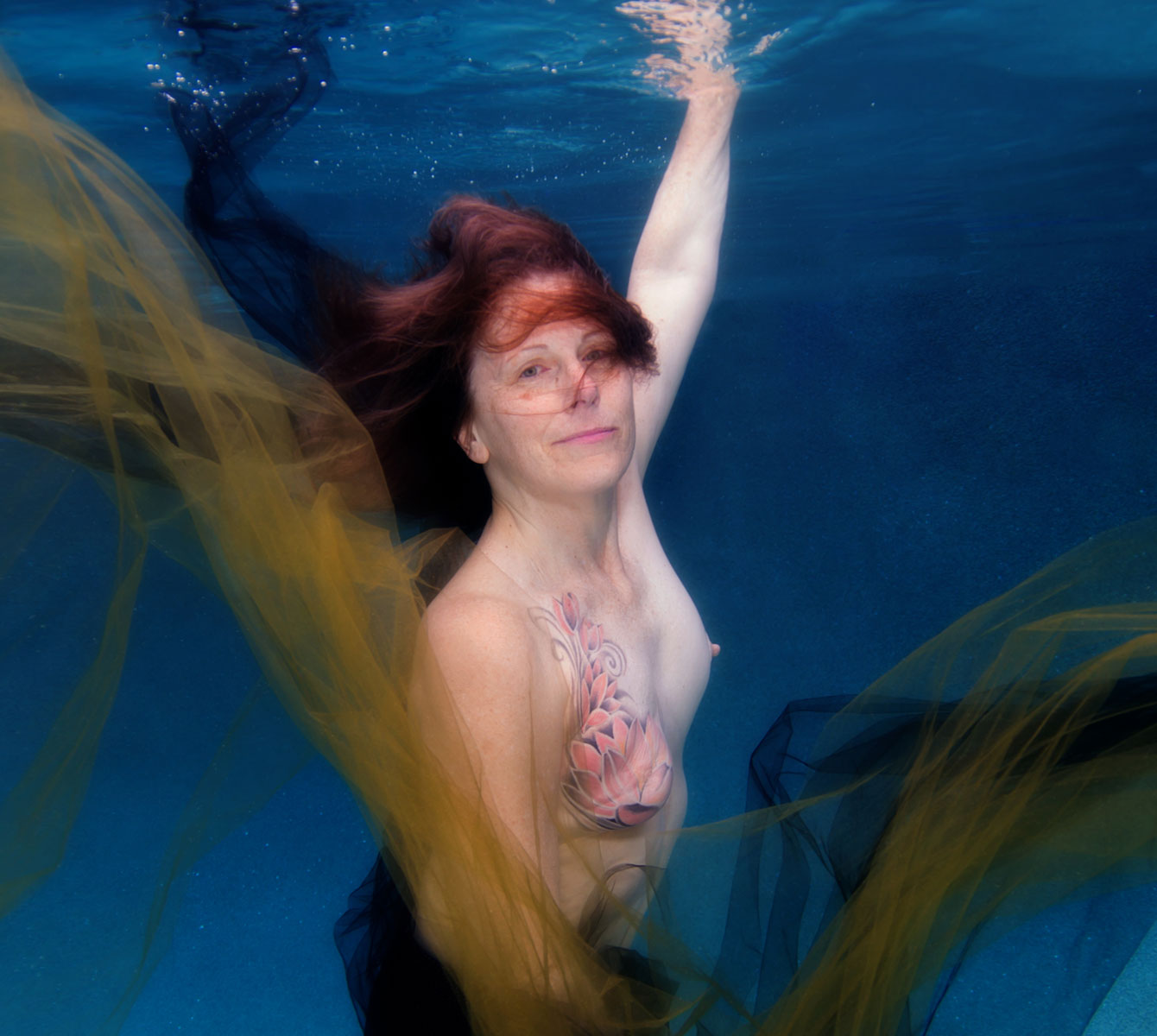 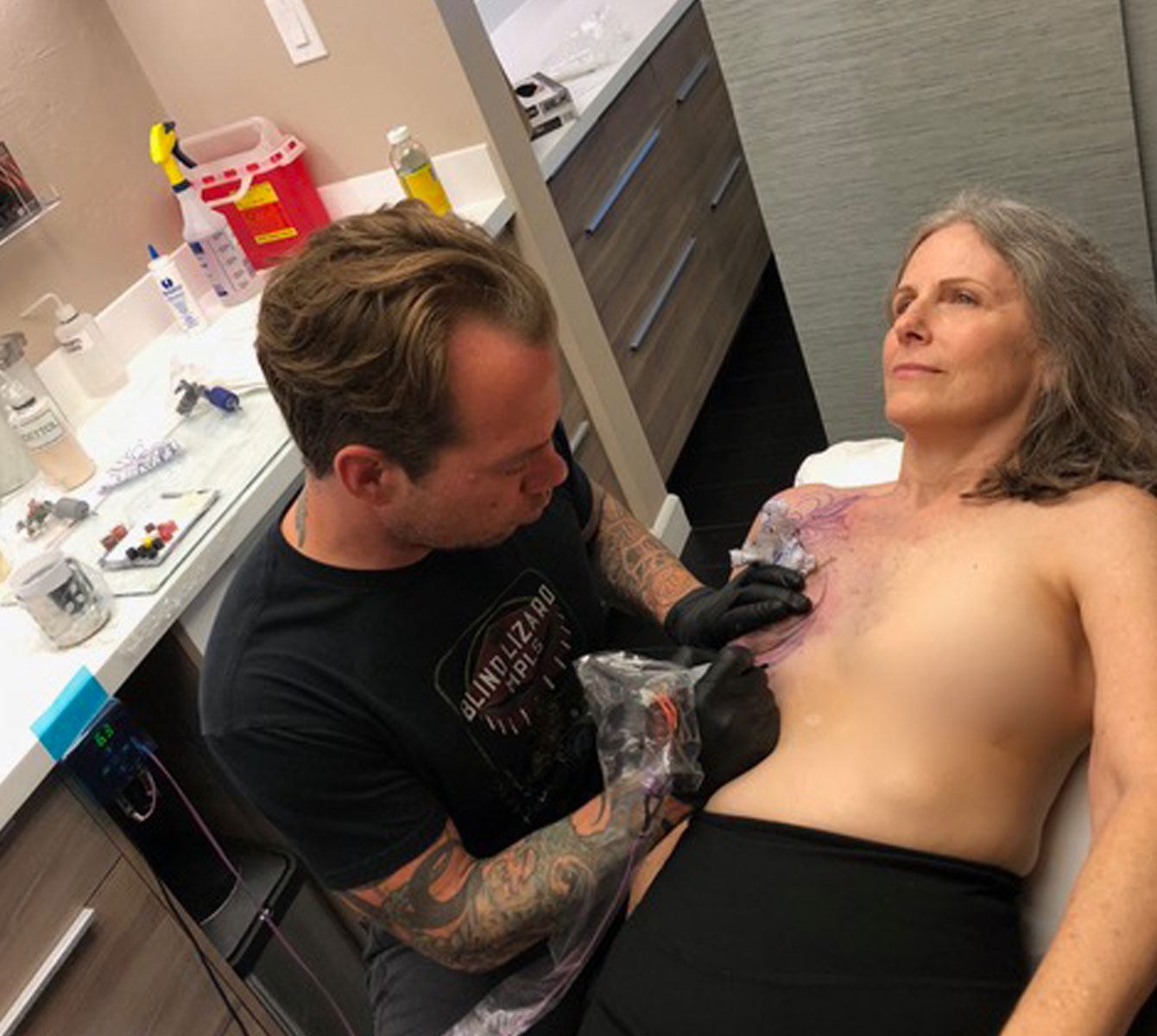 My name is Caryn Marsh. I am 64 years old. I was born in St. Louis, MO. I moved to Southern California when I was 8 and then up to the Bay Area when I was 15. I lived there for 36 years. My husband and I moved back down to Pasadena in 2005.

I was diagnosed with DCIS breast cancer in my right breast in December of 2016. I had a mastectomy and reconstruction on February 13, 2017. During the procedure they did a lymph node biopsy and found a small spot of cancer in one of the nodes and so they removed 3 of them. They were not sure why they found this as they thought the cancer had not spread beyond the milk ducts. Three weeks later I had another surgery to remove my nipple (that they had tried to save) and some surrounding tissue that wasn’t surviving. My plastic surgeon wasn’t sure she would be able to keep the implant in, but managed to stretch my skin enough to cover what was removed. I do have a flat shape from all of that, however. I have been healing and doing well since then. I decided I wanted to get a tattoo almost immediately, but waited a little over a year to make sure all was healed before getting it. I did research and found Shane Wallin and decided I would go to him to have this done. This was done on March 23rd of this year.

I had no idea anything was wrong. I just went to have my yearly mammogram and they found it. The mammogram the year before didn’t show anything. I was pretty stunned when they told me. I have no history in my family and wasn’t expecting this. I am a Christian and my faith is the rock on which I stand.

I have always tried to present myself in the best possible light throughout my life and even though I didn’t go through chemo and loose my hair, I have struggled some feeling less than I hoped to be. The tattoo has helped me feel better about the way I look now. I don’t see the imperfections as much anymore, I just look at the design.

I’m not sure why I volunteered to do this underwater transformation project, but I hope to learn something and feel freer from any negative or critical thoughts about my body.

I guess I was a little anxious about it, but tried not to be. I didn’t want to ruin it by with negative vibes. I was curious and tried to imagine what it would be like and how I would like to be represented.

It was difficult for me at first to let the air out and go under the water, because, my whole life, I have always taken a deep breath before going under water. It was hard to break that habit even when I was thinking about it and trying to let my air out and go under. Once we used the weights and I wasn’t fighting to sink down in to the water as much, it was a much more calming and peaceful feeling. I didn’t feel panicked and tried to move naturally.

I felt calm afterwards and a little tired, like I do after a physical work out. It was a good feeling, like I had accomplished something I had never done before.

Water has always been something I like to look at. I enjoy being in water when it is light filled and warm. I have always had a fear, though, of dark, deep water. I get a claustrophobic feeling about that.

I slept well the night of the shoot. Most nights, I have good sleep. Occasionally, I let something get the best of me and am restless because of something that is happening that is causing anxiety, but I usually sleep well.

I would recommend underwater transformation to survivors or anyone with a story to tell. It is an unusual, interesting, meaningful experience. 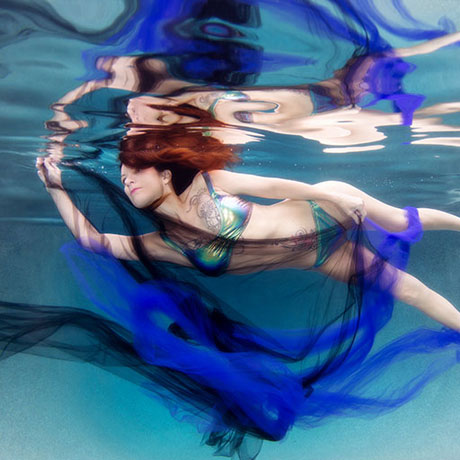